To have the optimal experience while using this site, you will need to update your browser. You may want to try one of the following alternatives:

SERVPRO of CCTC is Coming Under New Ownership! 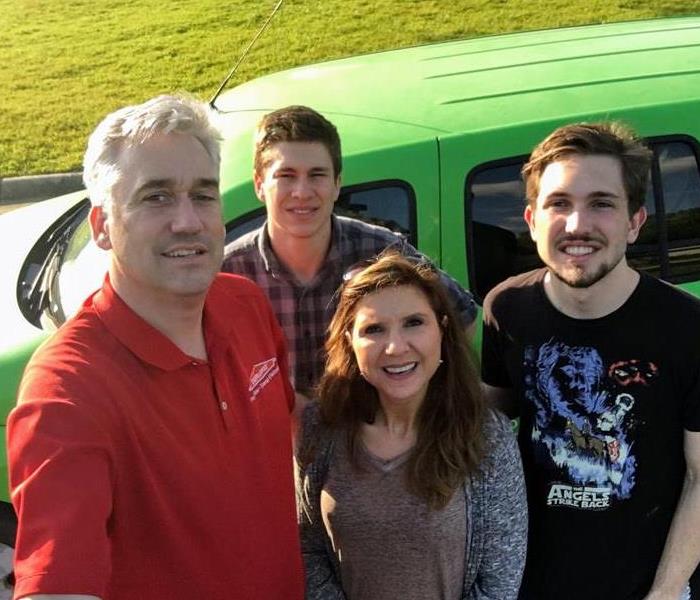 The SERVPRO of Chilton, Coosa, Tallapoosa & Chambers is coming into new ownership! After three years of service, Mr. Rusty Baker has decided to sell the franchise, and Chris and Dawn Teeters will be the new owners as of April 2018.

Chris and Dawn are long-time residents of Birmingham Alabama and currently live in Chelsea. Although they have moved around from time to time, both Chris and Dawn have family roots in Birmingham. Chris Teeters, having worked for SERVPRO of Birmingham for a little over seven years and decided to try his hand at running his own franchise. Familiar with the ins-and-outs of the business when Baker decided he was going to sell, Teeters couldn’t pass up the opportunity and threw his hat into the ring. After getting approved Teeters went through the rigorous SERVPRO Ownership Training process, and will take over as operator April 28th, 2018.

Chris and Dawn have two sons named Jacob and Caleb both twenty-one, and twenty-three. One working out west at a ranch in Colorado and the other working at a local coffee shop in Birmingham. Chris and Dawn both have a heart for taking care of people, and are looking forward to having the opportunity to serve the Alexander City Community through their new business.

If you want to meet them in person feel free to swing on by the office and say hello. Their new location will be in the Alexander City Lake Martin Innovation Center off highway 280 and Cherokee Road.